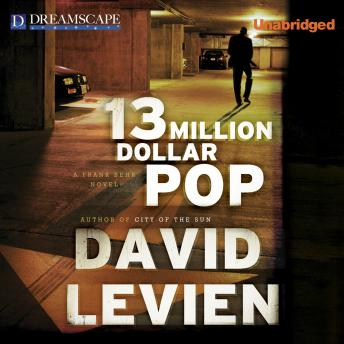 Download or Stream instantly more than 55,000 audiobooks.
Listen to "13 Million Dollar Pop" on your iOS and Android device.

Frank Behr is on an executive protection detail of Bernard Kolodnik, a hard-driving business mogul on the verge of making a move into big-time politics. Behr is working for the Caro Group, an uneasy fit both philosophically and literally. Working for someone else rubs him the wrong way - but with his girlfriend nine months pregnant, Behr is doing what he has to. An attempt is made on the client, and Behr manages to protect him and repel the attackers, getting them both to safety. Behr is celebrated for his heroism and moved to a different assignment, but he can't help but investigate what happened in that garage - and why the cops are either making no headway, or burying the incident.