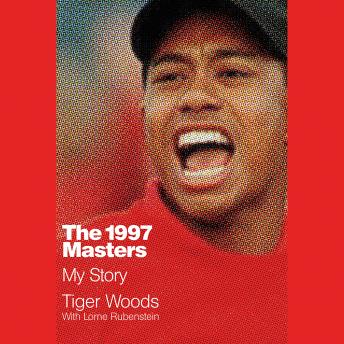 Download or Stream instantly more than 55,000 audiobooks.
Listen to "The 1997 Masters: My Story" on your iOS and Android device.

In this New York Times bestselling memoir, golf legend Tiger Woods reflects on his record-setting win at the 1997 Masters -- both on and off the course -- rendered 'as vivid on the printed page as it was in person' (Golf Digest).

In 1997, Tiger Woods was already among the most-watched and closely examined athletes in history. But it wasn't until the Masters Tournament that his career would definitively change forever. Woods, then only 21, won the Masters by a historic 12 shots, which remains the widest margin of victory in the tournament's history, making it an iconic moment for him and sports.

Now, 20 years later, Woods is ready to explore his history with the game, how it has changed over the years, and what it was like winning such an important event. With never-before-heard stories, this book provides keen insight from one of the game's all-time greats.