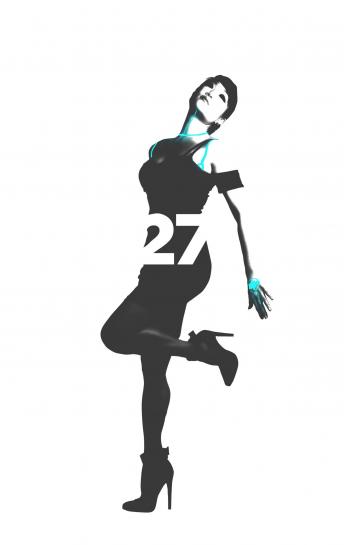 Download or Stream instantly more than 55,000 audiobooks.
Listen to "27: A Love Story & Other Tales" on your iOS and Android device.

In New York, the human world is known as Cell, and is inhabited by both Cells (humans) and products (artificially intelligent androids).

As bi-product of the consumer movement known as Consumption, a red light district in what is left of present day Brooklyn, fairy tales must live and love fast. All android product are set to expire at the age of twenty seven, whereby they are dismantled and recycled.

The coldest winter in Cell history – that was when Kaiden locked onto her. Products are not given names upon assemblage. These days, there exists no clear cut indication of android product versus Celluloids or Cells as they are now known. All Kaiden knew, as he stood in the ice storm outside the Black Hat Tavern, is that he had taken the first breath of his late twenties.

She is called Zen29, assembled from a second generation product line, adorned in unique features not included in base models. Shrouded in secrecy, the history of her deployment cycle contains a dark secret that could change the foundation of Cell law as we know it.