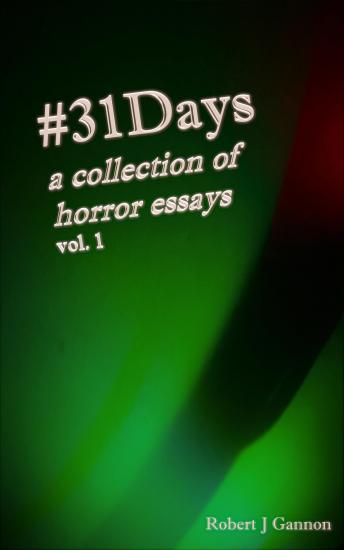 Download or Stream instantly more than 55,000 audiobooks.
Listen to "#31Days: A Collection of Horror Essays Vol. 1" on your iOS and Android device.

Imagine immersing yourself in a world of unimaginable horrors for a month. Now imagine doing it every year for 16 years. Horror critic Robert J Gannon does it ever year. The #31Days challenge is to watch and review a different horror property--film, TV series, book, game, play, etc.--every day for the month of October. In this newly revised and expanded collection of essays, Robert J Gannon celebrates the horror genre with a focus on film and television.

#31Days features 65 essays and reviews covering everything from Don Coscarelli's 'Phantasm' series to the anthology horror show 'Masters of Horror.' This non-fiction collection follows the spirit of Sketching Details, Robert's long-running entertainment media criticism website. Horror deserves the same level of respect and analysis as any other genre. Robert J Gannon has built a career out of analyzing and sharing a passion for genre fiction--horror, sci-fi, and fantasy--and he's ready to show the world in his debut non-fiction collection.