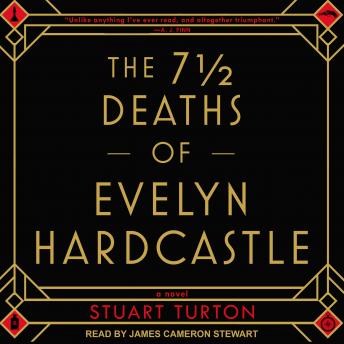 The 7 ½ Deaths of Evelyn Hardcastle

Download or Stream instantly more than 55,000 audiobooks.
Listen to "The 7 ½ Deaths of Evelyn Hardcastle" on your iOS and Android device.

The Rules of Blackheath

Evelyn Hardcastle will be murdered at 11:00 p.m.

There are eight days, and eight witnesses for you to inhabit.

We will only let you escape once you tell us the name of the killer.

Evelyn Hardcastle will die. Every day until Aiden Bishop can identify her killer and break the cycle. But every time the day begins again, Aiden wakes up in the body of a different guest. And some of his hosts are more helpful than others . . .

The most inventive debut of the year twists together a mystery of such unexpected creativity it will leave listeners guessing until the very last second.