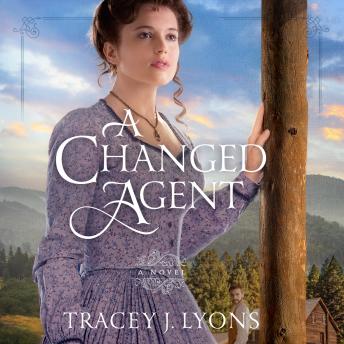 Download or Stream instantly more than 55,000 audiobooks.
Listen to "A Changed Agent" on your iOS and Android device.

When schoolteacher Elsie Mitchell meets rugged William Benton on a train platform in Albany, it appears they have nothing in common. He isn't the sort of fellow a proper young woman of the 1890s would ever speak to, much less become involved with. But when she arrives at her small town in the Adirondack Mountains, Elsie is offered a job as caregiver for this mysterious out-of-towner's niece and nephew, who've been tragically orphaned. Heartbroken for them, she accepts.

Unknown to her, William is an undercover Pinkerton agent posing as a lumber-company foreman. He's never wanted family-his work is too dangerous. Yet as Elsie transforms his house into a home and he spends time with the children, he feels drawn to family life-and to Elsie.

As a good Christian, Elsie is troubled by William's secrets...though she does find him intriguing. And when a sinister figure from her past arrives, Elsie and William will have to trust in faith and newfound love to protect their unlikely family from danger.