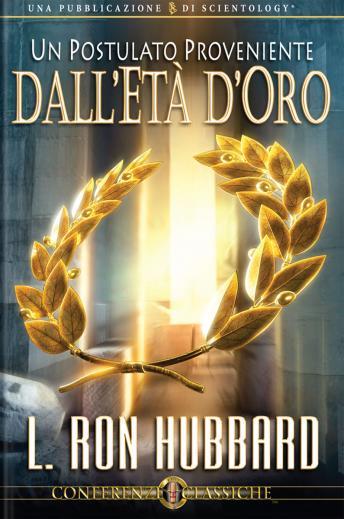 A Postulate Out of a Golden Age (Italian edition)

Download or Stream instantly more than 55,000 audiobooks.
Listen to "A Postulate Out of a Golden Age (Italian edition)" on your iOS and Android device.

A Postulate Out of a Golden Age

Tyrannies are sown at times when nobody is very watchful,
where everybody has a full stomach, where everything is calm,
nothing much appears on the surface. And then tyrannies show
up and become very obvious when individuals, growing a little
hungrier, a little less possessed of production, suddenly notice
that there is somebody saying they mustn't talk, somebody saying
they mustn't have opinions. - L. Ron Hubbard

To overcome tyranny is to win freedom as a people, a
nation or even Mankind. Yet to benefit fully from their
liberties, each man and woman must also be free-as
individuals.

In regard to freedom as a nation, here is the remarkable story of how one man, the Athenian statesman Pericles, envisioned a better future for Mankind-a future free from tyranny. Thus developed a principle at the heart of modern civilization-specifically, that the individual citizen has a right to his own opinions, a right to be heard and a right to know and participate in government. Moreover, as new tyrannies emerge to threaten those rights, here is a crucial message for our times and all times.

Then again, toward the full attainment of that better future, here also is Ron's personal story of how he kept his discoveries about the human mind out of the harness of a modern tyranny. And, in consequence, how individuals today can achieve a level of personal freedom never before possible.