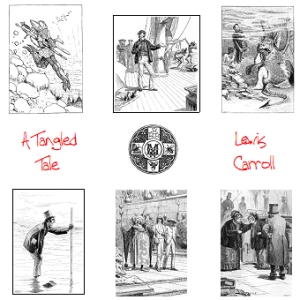 Download or Stream instantly more than 55,000 audiobooks.
Listen to "A Tangled Tale" on your iOS and Android device.

Lewis Carroll (1832 - 1896) is best known for 'Alice's Adventures in Wonderland'. It is less widely known that he worked as a lecturer for mathematics at Christ Church college, Oxford for 27 years. 'A tangled tale' merges his two talents as storyteller and mathematician. It consists of 10 short humorous stories which present one or more mathematical problems. The 10 'knots' as they are called, were first published in 'The Monthly Packet' magazine between April 1880 and March 1885, where readers were invited to solve the problems, and the solution was discussed in a later issue. (Summary by Availle)