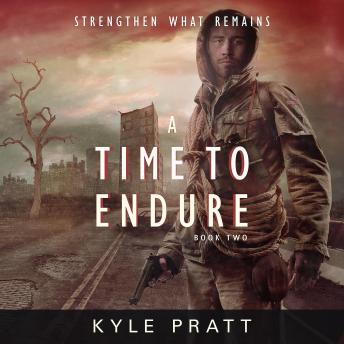 A Time to Endure

Download or Stream instantly more than 55,000 audiobooks.
Listen to "A Time to Endure" on your iOS and Android device.

A deadly virus sweeps across the nation!

In the first book Through Many Fires: Strengthen What Remains, nuclear terrorism destroys six American cities. Caden struggles to get home across a stricken, terrified nation.

In the second book, A Time to Endure, the nation’s economy teeters on the verge of collapse. The dollar plunges, inflation runs rampant, and the next civil war threatens to decimate the wounded country. In the face of tyranny, panic, and growing hunger, Caden struggles to keep his family and town together. But how can he save his community when the nation is collapsing around it?