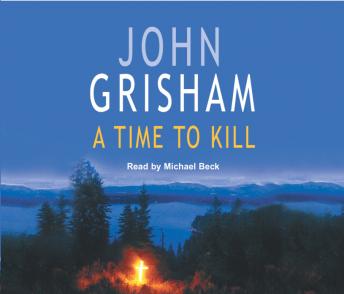 A Time To Kill

Download or Stream instantly more than 55,000 audiobooks.
Listen to "A Time To Kill" on your iOS and Android device.

When Carl Lee Hailey guns down the violent racists who raped his ten-year-old daughter, the people of the small town of Clanton, Mississippi see it as justice done, and call for his acquittal.

But when extremists outside Clanton – including the KKK - hear that a black man has killed two white men, they invade the town, determined to destroy anything and anyone that opposes their sense of justice. A national media circus descends on Clanton.

As tensions mount, Hailey hires the inexperienced Jake Brigance to defend him. It's the kind of case that could make a young lawyer's career.

But it's also the kind of case that could get a young lawyer killed.