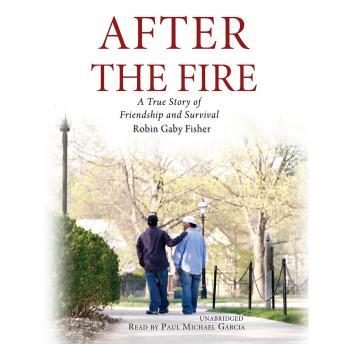 After the Fire: A True Story of Friendship and Survival

Download or Stream instantly more than 55,000 audiobooks.
Listen to "After the Fire: A True Story of Friendship and Survival" on your iOS and Android device.

On January 19, 2000, a fire raged through the freshman dormitory at Seton Hall University in South Orange, New Jersey, killing three students and injuring fifty-eight others. Among the victims were Shawn Simons and Alvaro Llanos, roommates from poor neighborhoods who made their families proud by getting into college. They managed to escape the fire, but both were burned terribly.

After the Fire is the story of these young men and their fight to recover from the worst injuries the Saint Barnabas Hospital burn unit had ever seen. It is the story of the extraordinary doctors and nurses who work with the burned, of the mothers and fathers, of faith and family, of the women who came to love these men, and of the invisible ties that bind us to one another.