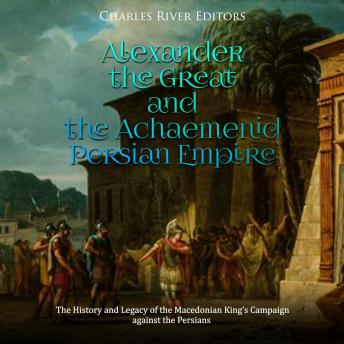 Alexander the Great and the Achaemenid Persian Empire: The History and Legacy of the Macedonian King’s Campaign against the Persians

Download or Stream instantly more than 55,000 audiobooks.
Listen to "Alexander the Great and the Achaemenid Persian Empire: The History and Legacy of the Macedonian King’s Campaign against the Persians" on your iOS and Android device.

Over the last 2,000 years, ambitious men have dreamed of forging vast empires and attaining eternal glory in battle, but of all the conquerors who took steps toward such dreams, none were ever as successful as antiquity’s first great conqueror. Leaders of the 20th century hoped to rival Napoleon’s accomplishments, while Napoleon aimed to emulate the accomplishments of Julius Caesar. But Caesar himself found inspiration in Alexander the Great (356-323 BCE), the Macedonian king who managed to stretch an empire from Greece to the Himalayas in Asia by the age of 30. It took less than 15 years for Alexander to conquer much of the known world.

When Alexander crossed the Hellespont in 334 BCE, his first encounter with Persian forces took place along the Granicus River. The Persian commanders had met at the city of Zeleia along with Memnon of Rhodes, the leader of their Greek mercenary forces, and Memnon advised the Persians not to fight Alexander head on. Since the Persian forces were slightly outnumbered for the battle, Memnon advised that the Persians should scorch the nearby lands and make travel and supplying the army difficult for Alexander. After the Battle of the Granicus River, the Persian king would personally face Alexander twice, once at the Battle of Issus and again at the Battle of Gaugamela, and the battles would decide the fate of his empire and the fate of the Western world.