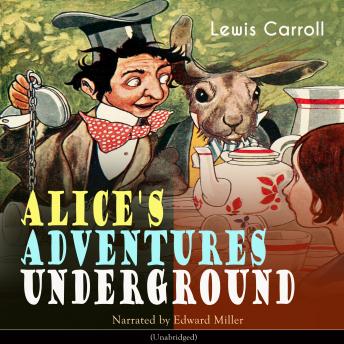 Download or Stream instantly more than 55,000 audiobooks.
Listen to "Alice's Adventures Underground" on your iOS and Android device.

This is the original story that would later become Alice in Wonderland. The journey began at Folly Bridge in Oxford and ended 3 miles northwest in the village of Godstow. During the trip, Lewis Carroll told the three young daughters of his friend a story that featured a bored little girl named Alice who goes looking for an adventure. The girls loved it, and one of them, Alice Liddell, asked Dodgson to write it down for her. On 26 November 1864, he gave Alice the handwritten manuscript of Alice's Adventures Under Ground... The birth of an absolute classic!