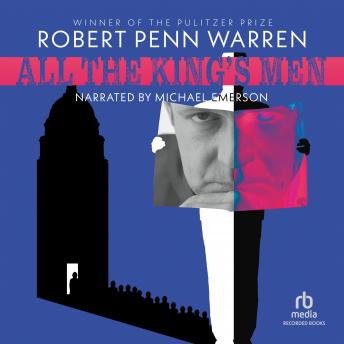 All the King's Men

Download or Stream instantly more than 55,000 audiobooks.
Listen to "All the King's Men" on your iOS and Android device.

This landmark book is a loosely fictionalized account of Governor Huey Long of Louisiana, one of the nation's most astounding politicians. All the King's Men tells the story of Willie Stark, a southern-fried politician who builds support by appealing to the common man and playing dirty politics with the best of the back-room deal-makers. Though Stark quickly sheds his idealism, his right-hand man, Jack Burden -- who narrates the story -- retains it and proves to be a thorn in the new governor's side. Stark becomes a successful leader, but at a very high price, one that eventually costs him his life. The award-winning book is a play of politics, society and personal affairs, all wrapped in the cloak of history.