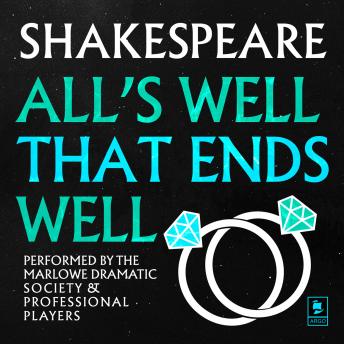 
Set in France and Italy, All's Well That Ends Well is a story of one-sided romance, based on a tale from Boccaccio's The Decameron.


Helen heals the King of France, and the King grants her permission to marry Bertram, the man she loves. Bertram rejects her and leaves a list of tasks that she must do to have him acknowledge their marriage. She follows him to Italy, completes all the tasks, and Bertram accepts her as his wife.


Thurston Dart, Professor of Music at London University and a Fellow of Jesus College Cambridge, directed the music for this production.