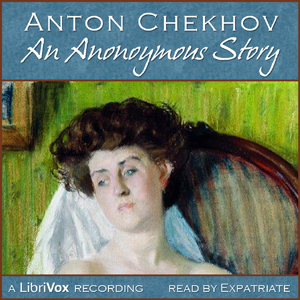 Download or Stream instantly more than 55,000 audiobooks.
Listen to "An Anonymous Story" on your iOS and Android device.

In "An Anonymous Story," Chekhov continues to explore his favorite themes of superfluous men, ironic rakes, exploited women, and the dangers of social conventions to human happiness. The Anonymous Narrator is a feckless, would-be revolutionary who gets himself hired on as a flunkey in the household of the young useless aristocrat Orlov, hoping to spy out some useful information for the Cause. Orlov seduces the beautiful Zinaida Fyodorovna away from her husband but quickly tires of her. The Narrator, another in the long line of Russian literary superfluous men, allows Orlov to use him to deceive Zinaida Fyodorovna, hating himself for it all the while. In the end he does his weak best to rescue the spurned mistress and her newborn child from their sufferings. Chekhov's subtle sympathy for the women victimized by conventional marriage is demonstrated in his narration of Zinaida Fyodorovna's tragic unraveling, ending in a masterful final chapter of heartbreaking ambiguity. (Summary by Expatriate)