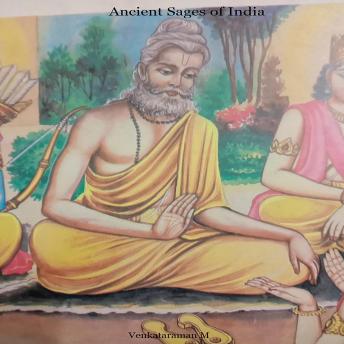 Download or Stream instantly more than 55,000 audiobooks.
Listen to "Ancient Sages of India" on your iOS and Android device.

Sages are the great souls who have found out the truth and devoted their life, energy and experience for the welfare of the people. They are extraordinary human beings having great wisdom, vast experience and character worthy of imitation. They gifted everything to the world without seeking fame or any kind of gain. Welfare of the world was their sole objective.

According to Hindu chronology, the period of the ancient sages is till the end of Dwapara Yuga, which is about 5000 years back. The penetration of these sages in the subjects they dealt with is very profound and clear. The later generation just interpreted their work and followed their footsteps.

India has been blessed from time immemorial by the advent of innumerable sages. In this book you can hear the stories of some of these known sages.