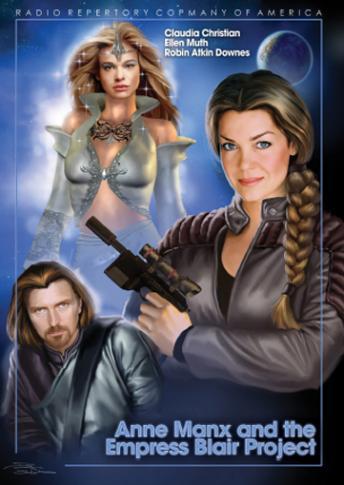 Download or Stream instantly more than 55,000 audiobooks.
Listen to "Anne Manx and the Empress Blair Project" on your iOS and Android device.

Before she meets the Empress Blair, Anne Manx (Claudia Christian) wants nothing more than to spend her quiet vacation getting a tan. Empress Blair (Ellen Muth), though, has a compelling problem. Her father has been killed, and she fears she's next. If Anne Manx can keep the Empress alive for mere two months, she'll reach her eighteenth birthday and take over for her father. Complicating things is Mr. Logan (Robin Atkin Downes), who shows up just in time - but whose side is he on? Nothing is ever easy for Anne Manx, and she's rapidly running out of lives.