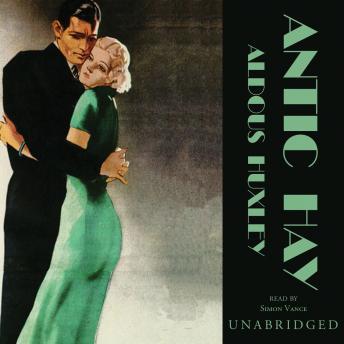 Download or Stream instantly more than 55,000 audiobooks.
Listen to "Antic Hay" on your iOS and Android device.

Theodore Gumbril, a mild young Oxford tutor, has become thoroughly dismayed by the formality of college life and the staid British institutions of learning. An impetuous need for celebration, even rebellion, possesses him. He and his bohemian companions embark on wild and daring bacchanalian adventures that steer them resolutely away from stifling conventions of behavior, charging them for the first time with an exuberant vitality and lust for life.
A sardonic and outspoken novel, Antic Hay unfolds its polemical theme against the backdrop of London’s postwar nihilistic bohemia. This is Huxley at his biting, brilliant best—a novel charged with excitement and loud with satiric laughter at conventional morality and stuffy people everywhere.