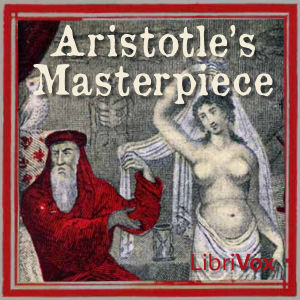 Download or Stream instantly more than 55,000 audiobooks.
Listen to "Aristotle's Masterpiece" on your iOS and Android device.

Aristotle's Masterpiece, also known as The Works of Aristotle, the Famous Philosopher, is a sex manual and a midwifery book that was popular in England from the early modern period through to the 19th century. It was first published in 1684 and written by an unknown author who falsely claimed to be Aristotle. As a consequence the author is now described as a Pseudo-Aristotle, the collective name for unidentified authors who masqueraded as Aristotle. It is claimed that the book was banned in Britain until the 1960s, although there was no provision in the UK for "banning" books as such. However reputable publishers and booksellers might have been cautious about vending Aristotle's Masterpiece, at least in the wake of the 1857 Obscene Publications Act. - Summary by Wikipedia