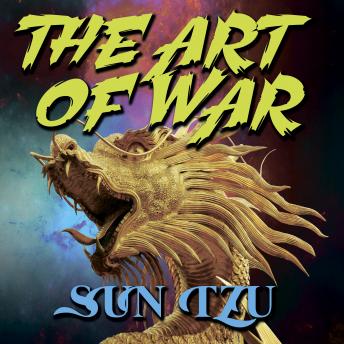 The Art of War, literally The Laws of War by Master Sun is the most famous ancient Chinese treatise, dedicated to a military strategy and policy, written by Sun Tzu. The treatise by Sun Tzu influenced crucially on a whole military art of the East. Although it is the first treatise on the military art, it includes clearly expressed common principles of strategy as well as tactics. A special place in a military theoretical literature belongs to comments on Sun Tzu, the earliest of which appeared in the Han era (206-220 AD), and the new ones are still being created... The traditional story of Lao-Tzu is that he was a 6th-century B.C.E. philosopher and teacher in China. Indeed, his very name means 'Old Master.' Lao-Tzu was a keeper of records for the Zhou Dynasty while he also taught philosophy to any who would listen. One of these, purportedly, was the giant of Chinese philosophy, Confucius, who in his own writings speaks of meeting with Lao-Tzu. The Art of War is divided into 13 chapters: Laying Plans Waging War Attack by Stratagem Tactical Dispositions Use of Energy Weak Points and Strong Maneuvering an Army Variation of Tactics The Army on the March Classification of Terrain The Nine Situations Attack by Fire Use of Spies