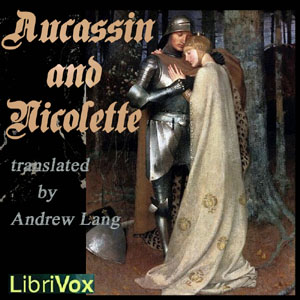 Download or Stream instantly more than 55,000 audiobooks.
Listen to "Aucassin and Nicolette." on your iOS and Android device.

Aucassin and Nicolette is a medieval romance written in a combination of prose and verse called a “song-story.” Created probably in the early 13th century by an unknown French author, the work deals with the love between the son of a count and a Saracen slave girl who has been converted to Christianity and adopted by a viscount. Since Aucassin’s father is strongly opposed to their marriage, the two lovers must endure imprisonment, flight, separation in foreign lands, and many other ordeals before their ardent love and fierce determination finally bring them back together. Aucassin is the very model of an intrepid knight, totally devoted to his love; and Nicolette is daring and ingenious in her staunch perseverance against all odds. This translation, completed in 1887, is by Scottish poet, novelist, critic, and collector of folk tales Andrew Lang (1844-1912). (Introduction by Leonard Wilson)