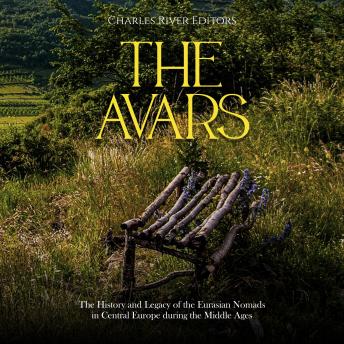 The Avars: The History and Legacy of the Eurasian Nomads in Central Europe during the Middle Ages

Download or Stream instantly more than 55,000 audiobooks.
Listen to "The Avars: The History and Legacy of the Eurasian Nomads in Central Europe during the Middle Ages" on your iOS and Android device.

During the period after the collapse of the Roman Empire and the establishment of medieval Europe, which was once commonly referred to as the Dark Ages, many different tribes migrated across Europe, feeding on what was left of Rome and attempting to establish new kingdoms in the vacuum. Most of these tribes were Germanic in ethnicity and language and shared the same goals of either entering Roman territory to become Roman citizens or tearing down Rome completely. These tribes caused havoc on the edge of Roman territory in Europe, and Rome’s cultural and political power gradually transferred to Constantinople, which became the seat of the Byzantine Empire.

The Germanic tribes eventually coalesced into kingdoms and laid the foundation for the Middle Ages in Western Europe, while the Byzantine Empire carried on many Roman traditions and extended its influence into Eastern Europe. The road to the Middle Ages, though, was uneven and often quite violent. Many peoples and kingdoms collapsed at the hands of groups in their earliest stages of development, one of which was the Avars.

The Avars entered Eastern Europe from the Central Asian steppes in the 6th century, and like the Huns before them and the Cumans and Magyars after them, the Avars were raiders and warriors who lived on their horses. The Avars’ impact on Europe was immediately felt, and from the Byzantine Empire to the Merovingian Kingdom in Gaul, some of Europe’s strongest powers had to learn how to deal with these new people through a combination of diplomacy and warfare. Eventually, the Avars established themselves in what is today Hungary and played an important role in the development of European history during its transitional period by earning a reputation as a fearsome and sometimes avaricious group. The medieval sources described the Avars as efficient and brutal horseback warriors who could devastate entire kingdoms in a matter of days and leave just as quickly.