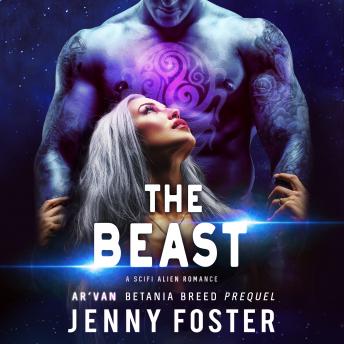 The Beast: A SciFi Alien Romance

Download or Stream instantly more than 55,000 audiobooks.
Listen to "The Beast: A SciFi Alien Romance" on your iOS and Android device.

A human female. A ruthless alien. A dangerous beast she awakens inside of him.  His name is Ar'Van. He is the best hunter money can buy. Tall, dangerous, non-human - and the last of his kind. When a new assignment brings him to Earth, he doesn't expect much resistance. The women he is supposed to deliver to the warlord of the Qua'Hathri are easy targets. He could outwit the earth men that protect them, with his eyes closed.  But every plan can go wrong. Not because he is careless. He just hadn't expected his worst enemy and best accomplice to feel drawn to one of them. Inside of him lives a powerful beast.  Until now, he has been able to keep it in check. But in the presence of that female human, his dark side starts to show itself. The monster wants to own her-as does he. When a murderer starts his bloody work in the confines of his spaceship, Ar'Van has only one choice: He must save her life. At any cost. Even if it means letting the beast come to light. Dark. Powerful. Sexy. This will be a ride you won't want to miss.* * * A SciFi Alien Romance. The Beast is the Prequel of the Betania Breed Series. * * * Full-lenght Novel. No Cliffhanger. Can be read as standalone.