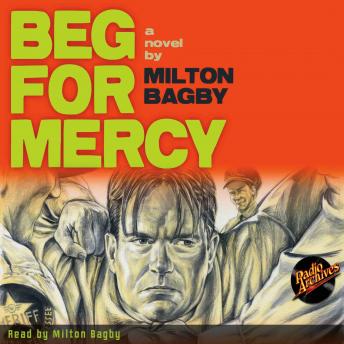 Beg for Mercy by Milton Bagby

Download or Stream instantly more than 55,000 audiobooks.
Listen to "Beg for Mercy by Milton Bagby" on your iOS and Android device.

He wakes up from an alcoholic blackout to discover he's being arrested for killing a man in a hit and run accident. He has no memory of the previous night-how he got so drunk, who was with him, how he got home from the bar. All a blank. His car-parked askew in the front yard-has a badly damaged front fender ominously covered with a drying smear of blood. He remembers going to the bar the night before-but that's it. Then, at his trial, the prosecution drops a bomb. A last minute witness is discovered, a cheap hooker who says Sam picked her up and took her to his place for a date. He was crazy drunk, driving all over the road, she testifies, when he veered across the road and struck a man, killing him instantly. That was the bad luck story Sam Parker had hanging over him as they hauled him off to prison. Four years go by, four long years in a ratty Tennessee state prison they call "The Snake Pit." Sam keeps his head down and behaves himself. Then one day, the warden calls him in and drops another bomb on him. The Warden says to pack up-he's a free man. Turns out Sam Parker was framed by a crew of dirty cops who wanted the dead man out of the way for political reasons. The State Attorney General is investigating corruption in the crooked little town that sent Sam to prison. Indictments are coming. Arrests are imminent. Not before I get some answers, Sam swears under his breath.