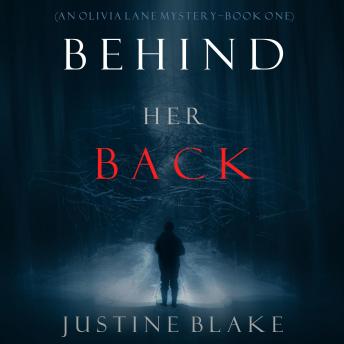 Behind Her Back (An Olivia Lane Mystery—Book #1): Digitally narrated using a synthesized voice

Download or Stream instantly more than 55,000 audiobooks.
Listen to "Behind Her Back (An Olivia Lane Mystery—Book #1): Digitally narrated using a synthesized voice" on your iOS and Android device.

This recording has been digitally produced by DeepZen Limited, using a synthesized version of an audiobook narrator’s voice under license. DeepZen uses Emotive Speech Technology to create digital narrations that offer a similar listening experience to human narration. BEHIND HER BACK (An Olivia Lane Mystery—Book #1) is the debut novel in a new psychological thriller series by debut author Justine Blake.

Newlywed Olivia Lane is excited to begin the next chapter in her life when she moves to the suburbs with her husband. But she soon discovers that all is not as it seems; secrets lurk within the affluent town, and when a popular socialite shows up dead the morning after a party, all fingers point to those in attendance—including Olivia.

Desperate to prove her innocence, Olivia finds herself pulled into the case. As she combs through the secrets, lies, and infidelity of the seemingly perfect town, she soon learns that everyone has a darkness to unveil. Meanwhile, tensions are running high within her marriage, and Olivia is determined to find the truth before she loses it all.

BEHIND HER BACK is book #1 in an explosive new psychological thriller series filled with love, tragedy, heartbreak, betrayal and suspense, one that will leave you turning pages late into the night.

Book #2 will be released soon.