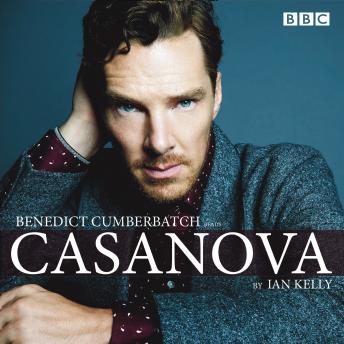 Benedict Cumberbatch reads Ian Kelly's biography of one of the most beguiling and controversial individuals of any age.

In this fascinating biography of the notorious libertine, Ian Kelly draws on documents by Casanova, his friends and his lovers (male and female) in order to bring fresh insights to the man's life and world. The sights and smells of Eighteenth Century Europe are brought keenly to life, as are the colourful incidents of Casanova's life. As the young cleric he embarked upon a scandalous affair with a married woman, fleeing eventually to Constantinople. He created a stir at the French court of King Louis XV, began intrigues in London that led him to a soaking in the Thames, and sought to meet Catherine the Great at a ball in St Petersburg. His own memoirs ensured his lasting fame, and changed the way we think and write about ourselves and about sex.

Benedict Cumberbatch (Sherlock; The Imitation Game; Star Trek Into Darkness) is the reader of this abridged edition, first broadcast on BBC Radio 4 Extra.