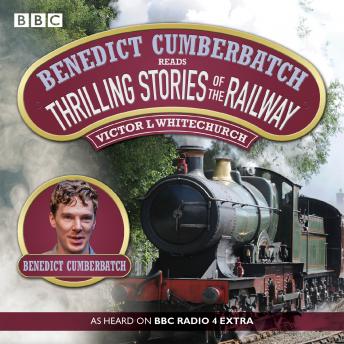 Download or Stream instantly more than 55,000 audiobooks.
Listen to "Benedict Cumberbatch Reads Thrilling Stories of the Railway: A BBC Radio Reading" on your iOS and Android device.

In The Affair of the German Dispatch-Box, Hazell hatches a daring plan to retrieve a highly sensitive government document before it reaches the German Ambassador.

In The Affair of the Corridor Express, a multimillionaire's son disappears from a moving train. Hazell must find the kidnappers before the boy is lost forever.

In The Stolen Necklace a lady begs Hazell to help when the diamond necklace that she borrowed is stolen from her suitcase.

In The Affair of the Birmingham Bank, customers keep drawing money from a Midlands bank, so gold reserves are sent by train. Hazell must guard against train robbery.