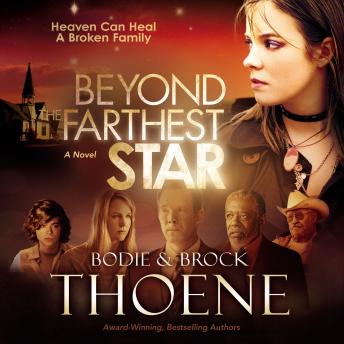 Beyond the Farthest Star: A Novel

Download or Stream instantly more than 55,000 audiobooks.
Listen to "Beyond the Farthest Star: A Novel" on your iOS and Android device.

When a nativity display on public property is torched by a former US Senator, the media spotlight falls on the forgotten small town of Leonard, Texas, and the new pastor of its only church-Adam Wells. Emboldened by the prospect of leading his tiny congregation in a nationally-televised, first amendment debate that he considers to be a "fight for the heart and soul of America," Pastor Wells determines not to let anything or anyone, including his wife and his rebellious sixteen-year old daughter, stand in his way. But when an old high school friend unexpectedly shows up in their small town and a past secret is revealed, Pastor Wells' constitutional crusade collides with an even greater fight-the fight for the heart and soul of his marriage, his daughter, and, even his own life. In this modern-day story of betrayal, forgiveness, and finally redemption, Adam Wells discovers, for the first time, the meaning of the story he's been preaching all his life...and his desperate daughter understands what really is beyond the farthest star. Award-winning authors, Bodie and Brock Thoene, have written an emotional and authentic drama based on a screenplay by Andrew Librizzi and now a major motion picture.