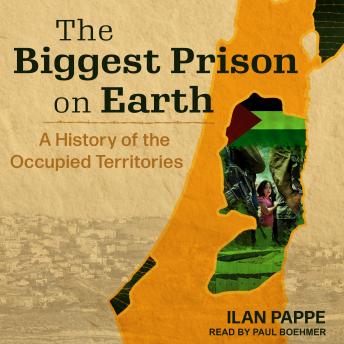 The Biggest Prison on Earth: A History of the Occupied Territories

Download or Stream instantly more than 55,000 audiobooks.
Listen to "The Biggest Prison on Earth: A History of the Occupied Territories" on your iOS and Android device.

From the author of the bestselling study of the 1948 War of Independence comes an incisive look at the Occupied Territories, picking up the story where The Ethnic Cleansing of Palestine left off.

Publishing on the fiftieth anniversary of the Six-Day War that culminated in the Israeli occupation of the West Bank and Gaza Strip, Pappe offers a comprehensive exploration of one of the world's most prolonged and tragic conflicts. Using recently declassified archival material, Pappe analyses the motivations and strategies of the generals and politicians-and the decision-making process itself-that laid the foundation of the occupation. From a survey of the legal and bureaucratic infrastructures that were put in place to control the population of over one million Palestinians, to the security mechanisms that vigorously enforced that control, Pappe paints a picture of what is to all intents and purposes the world's largest 'open prison'.