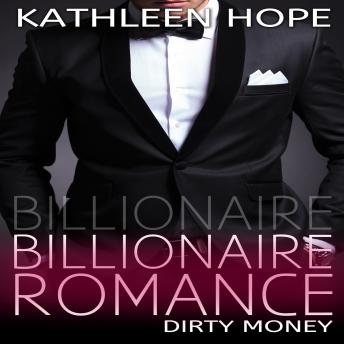 Download or Stream instantly more than 55,000 audiobooks.
Listen to "Billionaire Romance: Dirty Money" on your iOS and Android device.

He thrusted, and she wrapped her arms around his torso like she was holding on for dear life. Her fingertips slid along the hard planes of his biceps and stroked his hair, occasionally her nails would make an appearance across his back. Not enough to hurt, but enough to make him thrust into her more desperately at every turn. His arms could barely support his torso in the fever, and he started to hold onto Olivias instead. They were so warm, so alive, and the heat between their bodies was just growing. The slide of skin on skin was all the stimulation either one needed.

They came together, gasping, bodies rocking through the aftershocks of their climax until they simply collapsed in one anothers arms. At first they didnt move, electing instead to remain...