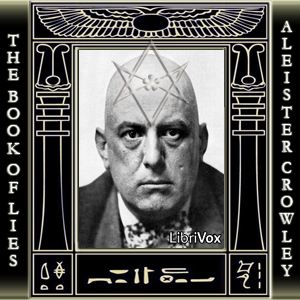 The Book of Lies

Download or Stream instantly more than 55,000 audiobooks.
Listen to "The Book of Lies" on your iOS and Android device.

The Book of Lies, or Liber 333, is a holy book in the Western occult tradition of Thelema, consisting of 91 short chapters of poems, aphorisms, rituals, and metaphysics. This recording is of the original 1913 publication, and thus omits the further commentaries added by Crowley for subsequent additions. Those familiar with Crowley's hermetic writings will recognize his subversive and playful style. Beneath the layers of symbolism, contradiction, and blasphemy lies a biting critique of the puritanical social, political, and religious values of the author's generation. - Summary by P. J. Taylor