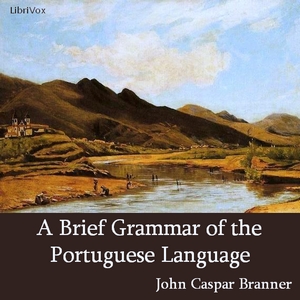 A Brief Grammar of the Portuguese Language

Download or Stream instantly more than 55,000 audiobooks.
Listen to "A Brief Grammar of the Portuguese Language" on your iOS and Android device.

Dr. Branner was a recognized authority on the geology of South American republics, especially Brazil, having organized and headed the Stanford Expedition to Brazil in 1911, among others. In 1910 he published this "little book", as the author himself calls it, for the use of English-speaking students who needed a fast and practical way of learning Portuguese. Contrary to the belief of many back then, John C. Branner claims that Brazilian Portuguese isn't "badly spoken Portuguese", and, even though using examples from both Portuguese and Brazilian writers, seems to give more proeminence to Brazilian Portuguese. (Summary by Leni)