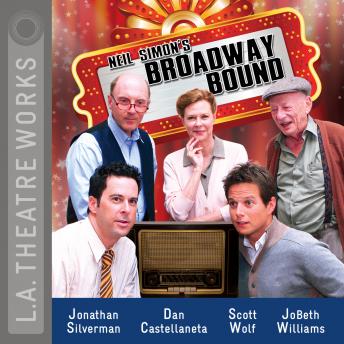 Download or Stream instantly more than 55,000 audiobooks.
Listen to "Broadway Bound" on your iOS and Android device.

Having returned from World War II, Eugene Jerome and his brother Stanley pair up to break into the world of professional comedy writing. Inspiration strikes when they aim their sights on their dysfunctional family – and the network broadcasts it nationwide! A Tony Award and Pulitzer Prize nominee for Best Play.