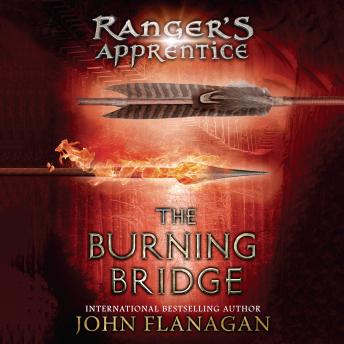 Download or Stream instantly more than 55,000 audiobooks.
Listen to "The Burning Bridge: Book Two" on your iOS and Android device.

For years, the Kingdom of Araluen has prospered, with the evil lord Morgarath safely behind the impassable mountains. For years, its people have felt secure. But the scheming hand of the dark lord has not been idle. . . . on a special mission for the rangers, Will and his friend Horace, an apprentice knight, travel to a neighboring village and discover the unsettling truth: all the villagers have either been slain or captured. Could it be that Morgarath has finally devised a plan to bring his legions over the supposedly insurmountable pass? If so, the king's army is in imminent danger of being crushed in a fierce ambush. And Will and Horace are the only ones who can save them.