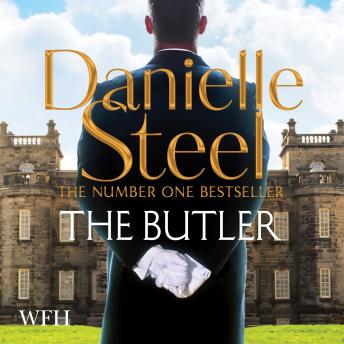 Download or Stream instantly more than 55,000 audiobooks.
Listen to "The Butler" on your iOS and Android device.

Everything happens for a reason . . .

Joachim von Hartmann is born into a wealthy Argentine banking family and spends his early years in Buenos Aires. Blonde-haired and blue-eyed, he has inherited the looks of his German ancestors, while his twin brother Javier could not be more different. Following the death of their father, and when details emerge about Joachim's maternal grandfather's wartime activity, both boys and their mother, Liese, are cast out from the family. After the years of glamour and luxury, she must raise them alone with no financial support.

Eventually Liese meets and falls in love with a French art expert, and she and Joachim move to Paris without Javier, who refuses to leave his beloved Argentina. Rumours soon start to circulate that he's involved in the drugs trade.

Following a whim, Joachim moves to England to train as a butler and discovers that he loves his role working for the aristocracy on their fine estates. On the death of his last employer, Joachim decides to move back to France to spend some time with his mother. He finds that there's no call for butlers in Paris, but he does find a job putting his skills to good use acting as assistant and confidant to Olivia, an American who needed to escape her life in New York.

Both Joachim and Olivia hold secrets about their past, and as reports come through that Javier's life in the Columbian underworld is spiralling out of control, they must, as brave and honourable people, make some difficult decisions. What they come to understand is that destiny has a hand in their future and everything that came before had a reason. She had come to Paris to find him. The future would unfold as it was meant to and they would face it together.