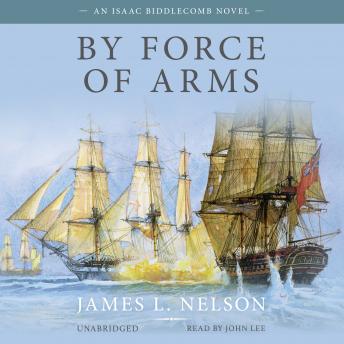 By Force of Arms

Download or Stream instantly more than 55,000 audiobooks.
Listen to "By Force of Arms" on your iOS and Android device.

As the War of Independence begins in earnest, American merchant seamen prepare to strike the first blows.

None strikes more deftly than Isaac Biddlecomb, captain of the Judea, whose smuggling activities are making a mockery of His Majesty’s Royal Navy. Pursued by HMS Rose, he sacrifices the ship he loved to the depths, together with the fortune he stood to gain, rather than surrender.

On the run from the enraged forces of King George, Biddlecomb disguises himself as a merchant seaman. He is reunited with Ezra Rumstick, a comrade and fierce rebel, as the revolution gathers momentum. On a brig bound for Jamaica and now serving as a lowly mate, Biddlecomb find that fate tests his mettle as he is captured by the enemy and faces a life of servitude under the deranged captain and sadistic crew of the HMS Icarus.