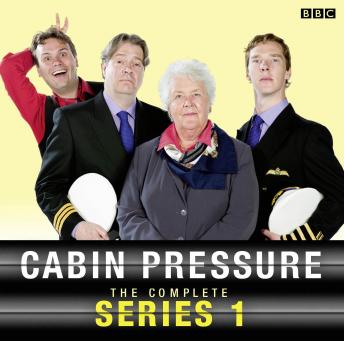 Download or Stream instantly more than 55,000 audiobooks.
Listen to "Cabin Pressure: The Complete Series 1: A full-cast BBC Radio Comedy" on your iOS and Android device.

Cabin Pressure is set in the wing and a prayer world of a tiny, one-plane charter airline; staffed by two pilots, one on his way down, and one who was never up to start with. Whether flying actresses to Italy, cricketers to the Sahara, or a cat to Abu Dhabi, no job is too small, but many, many jobs are too difficult.