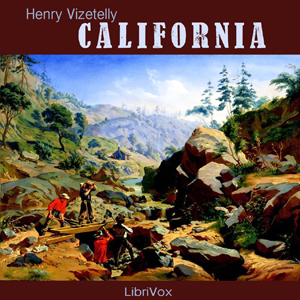 Download or Stream instantly more than 55,000 audiobooks.
Listen to "California" on your iOS and Android device.

Henry Vizetelly, writing under the pseudonym J. Tyrwhitt Brooks, recalls an expedition to California he took between 1847-1848 . Originally, he planned to enlist as a surgeon for the US Army during the Mexican war, but conflicts had ended by the time he applied. In a quick change of plans, he joined a group of prospectors on their way to the newly found gold fields of California. While he might not find service in the military, his training as a physician made him a valuable addition to the ragtag team of explorers.

His training as a physician gives us an exacting perspective of the events and people who struck out from more sedate routines to prospect gold in the Californian wilderness. However, he is unprepared to find a cure for the gold fever that has depopulated the surrounding towns. Only one member of the group, an experienced fur-trapper, is able to resist the lustrous lure of nuggets, flakes and gold richly deposited in the dusty desert.

Like the others who have left jobs to prospect for gold, he learns how to live on the land and struggle through hardship away from the security of city life. His motley group of changing characters ride through sudden fortunes and disasters while meeting Mormons, Indians and not least of all a bountiful harvest of gold. Before he returns to his home in England, another quick change of fortune undoes his plans for a comfortable retirement and shows us the extent of greed that has sprung up in the mining camps.