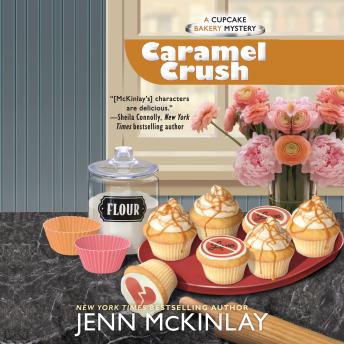 Download or Stream instantly more than 55,000 audiobooks.
Listen to "Caramel Crush" on your iOS and Android device.

Love is in the air at FairyTale Cupcakes as Angie prepares for her wedding, but, at the same time, her co-owner, Mel, is about to help with a breakup. Mel's old friend Diane has decided to dump her fiance after discovering he's only marrying her for her money. She wants Mel to personally deliver a batch of caramel breakup cupcakes to the louse and give her a play-by-play of his reaction. But when Mel finally tracks the man down, the look on his face isn't what she expected: he's dead. After the police arrive and see the incriminating cupcakes, Diane becomes their prime suspect. If Diane hopes to taste freedom again, Mel and Angie must make sure the real killer gets their just desserts.