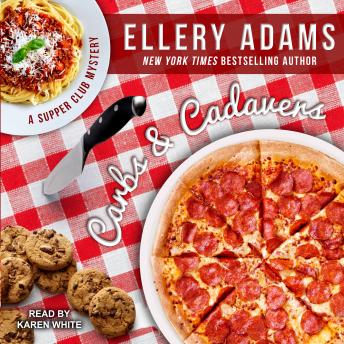 Download or Stream instantly more than 55,000 audiobooks.
Listen to "Carbs and Cadavers" on your iOS and Android device.

James Henry, a kind-hearted professor of English literature, is forced to move back home to Quincy's Gap, a tiny town in Virginia's Shenandoah Valley, to care for his aging father. Shortly after moving into a house that hasn't changed since his childhood, the overweight, divorced, book-loving cheese puff addict accepts a position as head librarian and joins a supper club for dieters who call themselves the 'Flab Five.' Avoiding carbs is almost impossible in this deep-fried, all-you-can-eat Southern town, so the mysterious death of a young and healthy athlete provides the perfect distraction. While trying to cut carbs and avoid temptations, James and his fellow supper club members work together to shed pounds and track down a killer.