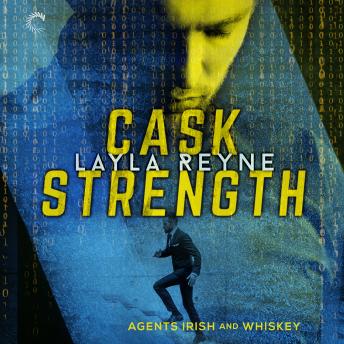 Download or Stream instantly more than 55,000 audiobooks.
Listen to "Cask Strength" on your iOS and Android device.

Professionally, the FBI team of Aidan "Irish" Talley and Jameson "Whiskey" Walker is as good as it gets, closing cases faster than any team at the Bureau. Personally, it's a different story. Aidan's feelings for Jamie scare the hell out of him: he won't risk losing another love no matter how heart-tripping the intimacy between them. And loss is a grim reality with the terrorist Renaud still on their trail, leaving a pile of bodies in his wake.

Going undercover on a new case gets them out of town and off the killer's radar. They're assigned to investigate an identity theft ring involving a college basketball team in Jamie's home state, where Jamie's past makes him perfect for the role of coach. But returning to the court brings more than old memories.

As secrets and shocking betrayals abound, none may be more dangerous than the one Jamie's been keeping: a secret about the death of Aidan's husband that could blow his partner's world apart and destroy forever the fragile bonds of trust and love building between them.