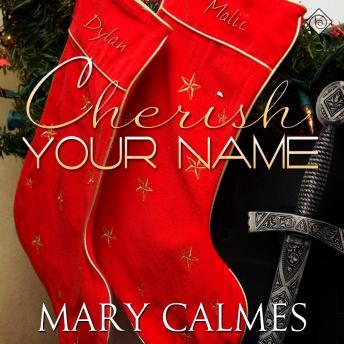 Download or Stream instantly more than 55,000 audiobooks.
Listen to "Cherish Your Name" on your iOS and Android device.

Malic Sunden is in hell-only not literally... yet. As a warder, Malic is used to fighting demons and squaring off against all kinds of creatures from the pit, but this year he's facing a new and terrifying prospect: Christmas holidays with his much-younger boyfriend and his family.


He loves Dylan, his hearth, but Dylan's parents, the Shaws, are another story. They think Malic is a cradle-robber, among other things. At least their neighbor, Brad, seems to like him. Then again, maybe not. When Malic gets offered to a demon who wipes his memory of everything but Dylan's name, it will take all Malic has to escape his new life in a hell dimension and return to the man he calls home.