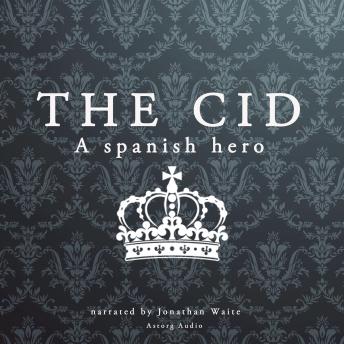 The Cid, a Spanish hero

Download or Stream instantly more than 55,000 audiobooks.
Listen to "The Cid, a Spanish hero" on your iOS and Android device.

The Cid, an Arab nickname meaning "the Lord", has been called the "most famous Spaniard of all time". Rodrigo Diaz de Vivar was a Castillan military and political leader in medieval Spain. He was an outstanding general, first leading the Spanish against the Moors in victorious battles, then working as a mercenary-general for whoever would require a war won. He eventually captured the city of Valencia, keeping it to himself and ruling it until his death. His remarkable military ability made him the legendary national hero of Spain. He remains an idolized figure in Spain, and his name has been immortalized in every form of story. Rediscover a hero's tale, the story of a central figure in Spanish history; enjoy the legend and gain a better understanding of the political struggles of the time with this lively and precise audiobook.