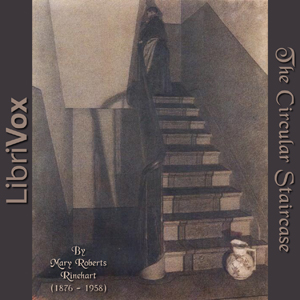 Download or Stream instantly more than 55,000 audiobooks.
Listen to "The Circular Staircase" on your iOS and Android device.

was originally published in 1908 and includes all the elements of the classic whodunit – mysterious events, ghostly apparitions, things that go bump in the night and murder. In The Circular Staircase "a middle-aged spinster is persuaded by her niece and nephew to rent a country house for the summer. The house they chose belonged to a bank defaulter who had hidden stolen securities in the walls. The gentle, peace-loving trio is plunged into a series of crimes solved with the help of the aunt."