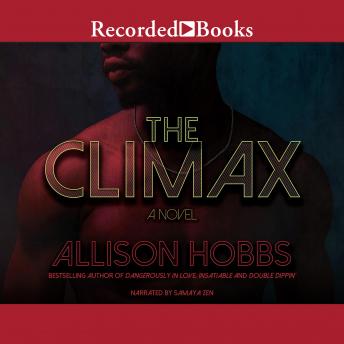 Download or Stream instantly more than 55,000 audiobooks.
Listen to "The Climax" on your iOS and Android device.

From the bestselling author of Pandora's Box and Insatiable -- the story of two women whose lives are consumed by their rivalry for the same man. A seductive tale of lust and revenge, The Climax charts the entangled lives of two women -- Terelle and Kai -- who have both suffered irrecoverable losses in their pursuit of Marquise, who is believed to be dead. Kai is in prison, and Terelle suffered from a mental breakdown after losing her fiance. After two years of catatonia, Terelle is awakened by a sweet and mysterious kiss, and the voice of her lost love. As Terelle recovers, she clings to the idea that Marquise (who is the father of her child) is still alive and out there, waiting to reunite with her. She goes into grueling rehabilitation in order to find a way back to him, all the while enduring the concern of loved ones, who think she is delusional. At the same time, Kai is jailed for a murder she didn't commit, but that doesn't stop her wanton behavior. Not a day goes by that Kai doesn't plot a wicked revenge on Terelle. Throughout steamy prison encounters, and despite a lifetime sentence, Kai vows that Terelle will never know a moment of peace, so long as she lives