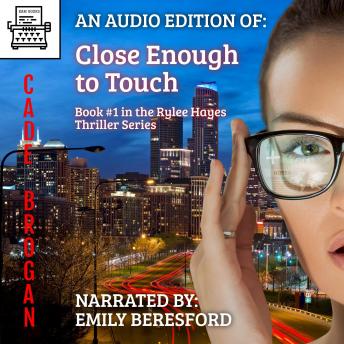 Download or Stream instantly more than 55,000 audiobooks.
Listen to "Close Enough to Touch" on your iOS and Android device.

Joanna Grey injects the deadly poison into the chamber of the syringe - time after time. She's murdered before and she'll do it again. She's intelligent, educated, and beautiful.

At 35, Rylee Hayes is a respected homicide detective. Her best friends are her grandparents, her coonhound, and her partner - in that order. She's about ready to give up on the idea of a relationship. She hasn't seen the love of her life, Kenzie Bigham, since college.

At 34, Kenzie Bigham is the single mom of a 13-year-old, a church secretary, and a woman who's struggled much of her adult life with her own sexuality.

Their paths will cross when Rylee's new investigation involves members of Kenzie's congregation. They'll discover that the passage of time may have offered them a second chance at love - just as Joanna sights her next target. Will Rylee have what it takes to meet the challenge of a serial killer who's proven herself to be a more than worthy opponent?