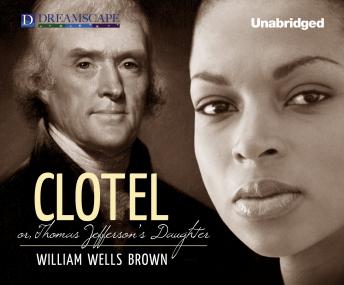 Download or Stream instantly more than 55,000 audiobooks.
Listen to "Clotel" on your iOS and Android device.

First published in 1853 amidst rumors that Thomas Jefferson fathered children with one of his slaves, Clotel is a fictional chronicle of one such child. After Jefferson's death, his mistress and her two daughters are auctioned. One daughter, Clotel, is purchased by a white man from Virginia who impregnates her. Despite the promise of marriage, Clotel is instead sold to another man and separated from her daughter. After escaping from the slave dealer, Clotel returnss to Virginia to reunite with her daughter - now a slave in her father's house.

"JD Jackson's narration is unwavering and profoundly impactful...Jackson presents Clotel in a manner that grips the listener." - AudioFile Magazine