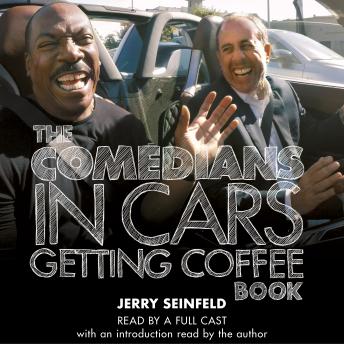 The Comedians in Cars Getting Coffee Book

Download or Stream instantly more than 55,000 audiobooks.
Listen to "The Comedians in Cars Getting Coffee Book" on your iOS and Android device.

A celebration of Comedians in Cars Getting Coffee, featuring some of comedy’s most iconic voices in excerpts from their appearances on Jerry Seinfeld’s groundbreaking streaming series!

Over eleven seasons and eighty-four episodes, Jerry Seinfeld drove around in classic cars, grabbing coffee and chatting with the funniest people alive. The result was not only a hilarious collection of casual yet intimate conversations but arguably the most important historical archive about the art of comedy ever amassed.

Now that archive is preserved in the form of a carefully curated audiobook collection of excerpts from the show. Seinfeld has handpicked the show’s keenest insights and funniest exchanges. Also included is a fascinating oral history that details how this scrappy creative experiment landed unprecedented access to the White House, earned multiple Emmy Award nominations, and helped lead the streaming revolution.