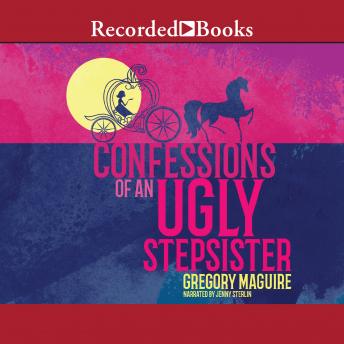 Confessions of an Ugly Stepsister

Download or Stream instantly more than 55,000 audiobooks.
Listen to "Confessions of an Ugly Stepsister" on your iOS and Android device.

Gregory Maguire, critically acclaimed author of Wicked, returns with his eagerly anticipated second novel. Using a dazzling reincarnation of the Cinderella story set in 17th century Holland, Maguire deftly weaves together stories of inner and outer beauty. Iris is a plain but intelligent young girl. Forced to flee England with her recently widowed mother, Margarethe, and her older sister, she finds herself swept into a life that becomes a legend. Arriving destitute, the family becomes employed in the home of a wealthy tulip merchant. Margarethe is hired as the housekeeper and Iris as a companion to the merchant's stunningly beautiful but troubled daughter. When the merchant's wife dies, Margarethe seizes the moment, and a wicked stepmother is born. Narrated with spirit and warmth by Jenny Sterlin, Gregory Maguire's vision of Cinderella is a sweeping story of love and deception, where a ball, a handsome prince and the betrayal of a daughter can lead to everyone living happily ever after.